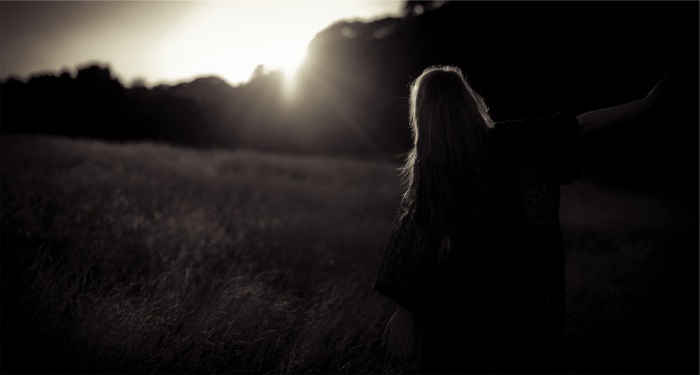 The crush of bodies on a hot, dirty street; pressing, looking, reaching. Filthy mud, made from blood and dust, sticking to the feet of a distraught woman whose bleeding had not stopped in a dozen years.

This broken woman was seeking Jesus, but he was moving away, headed through the unrelenting crowd to bring relief to another.

But she would not be denied. Having heard of other broken ones who had touched Jesus and were healed, she pressed on, believing she could be healed as well.

Fighting her way closer, she finally was near enough to reach between others and brush her fingers against the back of Jesus’ garment.

Instantly something changed. The unwelcome bleeding didn’t just slow; it completely stopped. Right there in a mass of humanity, she received her miracle.

In this story, there are several things that bring me hope. First, is the persistent faith of a woman who never gave up. If I have a headache for more than a half-hour, I’m running for aspirin — but in spite of serious affliction for over a decade, she was pressing on, trusting that God had not abandoned her.

I’m also struck by the accessibility of Jesus. He was not being carried on a throne above the masses. He did not have bodyguards keeping the sick away. Even though he was surrounded to the point of being crushed by the crowds, he could be reached by the one seeking him.

And I’m most taken by the reality that this was not a God-directed miracle. While we find plenty of those in the Gospels, in this setting Jesus was actually headed away from the woman when she was healed. He was not seeking her out, yet she accessed God’s power just the same. I find hope here because sometimes I feel like God is headed away from me when I need him most. While theologically I know this isn’t the case (he has promised to never leave or forsake me), practically it can feel this way.

So this is a strong reminder: even when it seems God is not setting out to bring his power my way, I still have access to it. Just as this woman was made whole because of her faith in Jesus, I can press through whatever (or whoever!) is standing between me and a miracle, trusting God to meet my need.

Are there places in your life where it feels like God is absent, where it seems he’s moving away from you rather than toward you? Don’t give up and don’t give in to discouragement. Keep fighting. Keep pursuing him.

“So do not throw away your confidence; it will be richly rewarded. You need to persevere so that when you have done the will of God, you will receive what he has promised.” (Hebrews 10:35-36)

My Tweets
Join 99 other subscribers